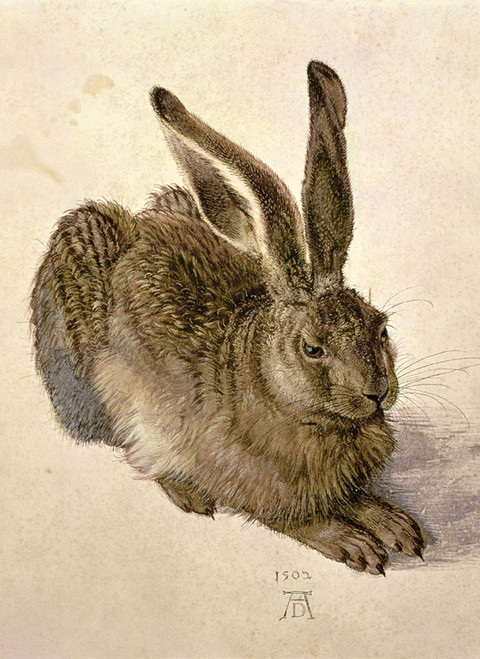 A 15th century German artist, mathematician, and theorist from Nuremburg, Durer had made a name for himself and acquired quite a bit of influence when he was only in his twenties. Ever since then he has been regarded as one of, if not the, greatest artist of the Northern Renaissance ever since.
A Young Hare is one his realistic animal still lifes that uses a combination of watercolor and bodycolor.

Two Young Girls at the Piano

Doyle: A Dance Around the Moon