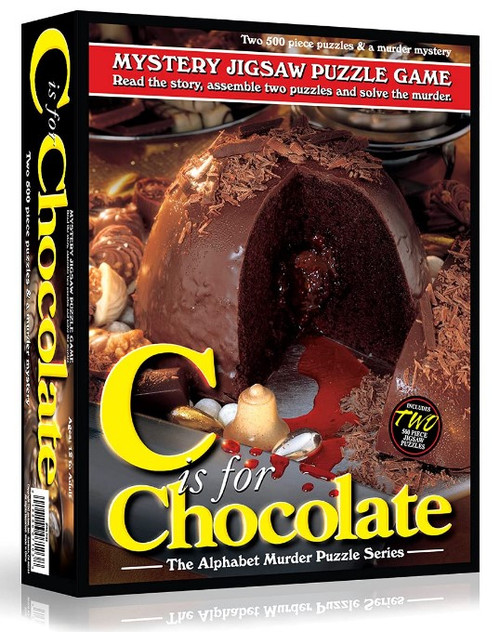 In Stock
Serious Item Code: 7486  Mfr Code: 7103  Brand: TDC Season: Theme: Event: Type: Mystery Adult Activity Puzzles Difficulty: Intermediate  Finished Size: 13'' x 19''
Unless you own one of the other Alphabet Mystery Puzzle Games, this is probably unlike anything you’ve seen before in the world of jigsaw puzzles. With each Mystery Puzzle Game you get a murder mystery story, TWO 500 piece jigsaw puzzles mixed together in the same bag, and the head scratching need to solve the crime.


A puzzling crime to solve and two puzzling puzzles are your only clues; are you up to the challenge? Put on your sleuth hat and find a trusty sidekick, there is a mystery afoot!

No actual puzzle art is displayed in the packaging to preserve the mystery.
Both puzzles measure 13”x19” when assembled.

TDC Games was founded in 1984 and is known for their interesting and unique jigsaw puzzles and games.

A is for Arson

F is for Feline

F is for Feline

A is for Arson

B is for Birthday