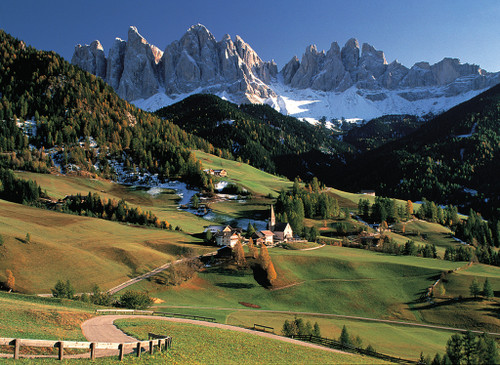 In Stock
Serious Item Code: 20458  Mfr Code: 400-004  Brand: Tomax Season: Theme: Landscape Mountain Photography Event: Type: Difficulty: Extreme  Finished Size: 33.9'' x 46.5''
The Dolomites, or Dolomiti as they're known in the native Italian, are a range of mountains found in North-Eastern Italy. In early history they were known as "The Pale Mountains", and they get their characteristic color and shape from their carbonate rock composition (the type of rock was named dolomite after a French mineralogist who first described it late in the 18th century.)

The Great Wall Of China