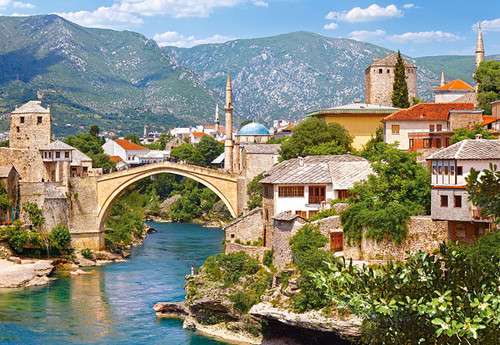 $11.95
Serious Item Code: 18770  Mfr Code: C-102495-2  Brand: Castorland Season: Theme: City & Place Photography Event: Type: Difficulty: Advanced  Finished Size: 27'' x 18.5''
Mostar is one of the most vital, and definitely the largest, city in the Herzegovina region. Among many architectural marvels in various styles, one of the most recognizable is the Old Bridge which was built by the Ottomans in the 16th century.

Castorland is based out of Poland, and exports their puzzles to more than 40 countries around the world. They have over two decades of experience and as a result have built a brand that continues to live up to a high standard of aesthetics and image quality across their widely varied selection of themes.