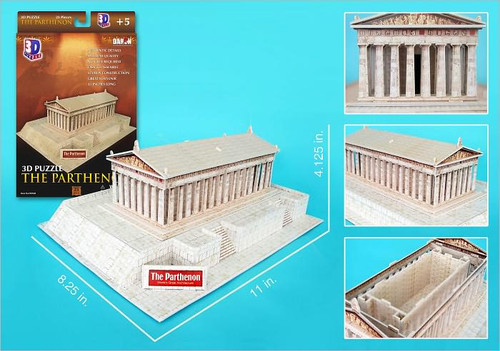 Serious Item Code: 18233  Mfr Code: CF076H  Brand: Season: Theme: Architecture Event: Type: 3D Puzzles Difficulty: Intermediate  Finished Size: 11'' x 8.25'' x 4.125''
In the Ancient city of Athens the Parthenon was an icon of architecture and served as the Temple for Athena, the patron Goddess of the city. It was built in the Doric style, and still stands today, as a symbol of Greece's success in arts and democracy. However, the prize statue of Athena, once featured prominently in the Parthenon, has been lost for ages.