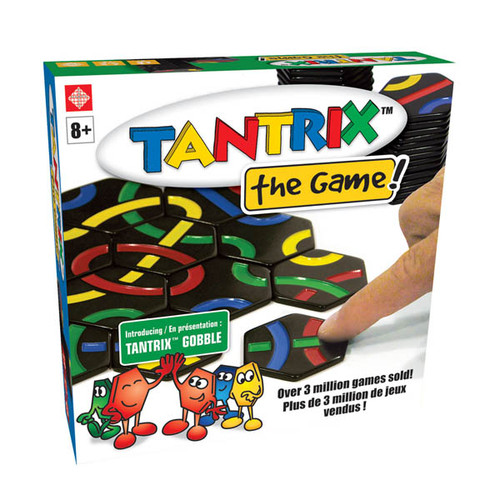 In Stock
Serious Item Code: 60769  Mfr Code: 1027  Brand: Season: Theme: Event: Type: Difficulty: Finished Size:
Tantrix Gobble is a family game which is more about speed than strategy. It suits fast, rather than deep thinkers and is a fun introduction for younger players who find the tactics and restrictions of Tantrix Strategy a bit overwhelming. The optimum number of players will depend on how much chaos you can take - more than 4 players, and elbows definitely become a factor!