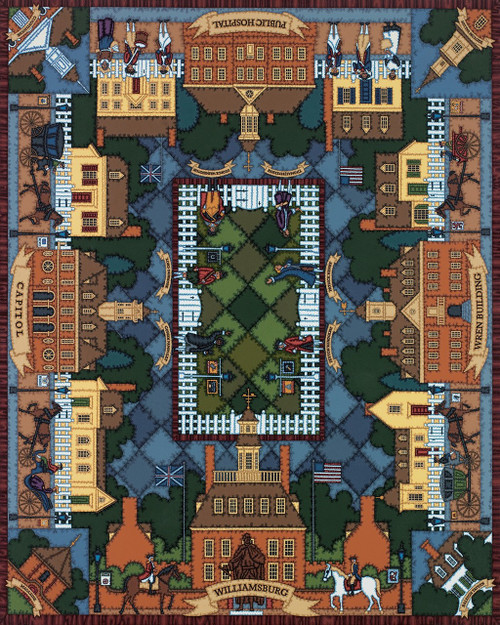 As the latest edition of Eric's quilt series, this painting depicts colonial Williamsburg. With it's simple and symmetrical style, Eric captures the architecture and history of this area. As the original capitol of the Virginia colony, Colonial Williamsburg is now a combination of a historical landmark and a living history museum. When the capitol was moved to Richmond during the revolutionary war, many of the buildings and structures gradually fell into disrepair. During the last century, many have been rebuilt and other historical structures have been moved to the area to depict 18th century colonial life. Key buildings of the area are shown in this painting, such as the Capitol Building, The Wren Building and the Public Hospital.

Portrait of a Quilt NEW