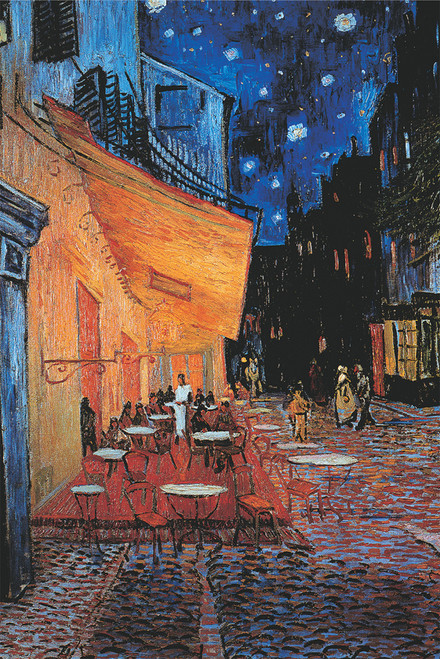 "The Cafe Terrace on the Place du Forum in Arles at Night", as the full title reads, depicts a scene from the city of Arles in the south of France.
Van Gogh's body of work is quite extensive, and as a whole is probably better known than most other painters. His work was Post-Impressionist and he continued to create until his death in 1890.

Two Sisters on the Terrace

Starry Night Over The Rhone