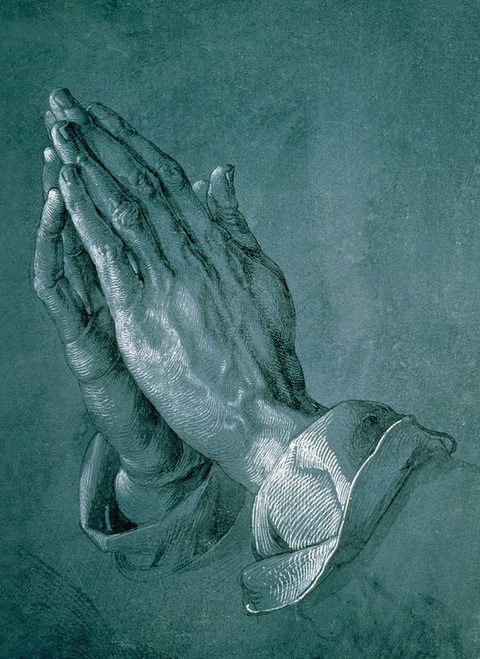 A 15th century German artist, mathematician, and theorist from Nuremburg, Durer had made a name for himself and acquired quite a bit of influence when he was only in his twenties. Ever since then he has been regarded as one of, if not the, greatest artist of the Northern Renaissance ever since.
A pen and ink drawing completed in 1508, the simple depiction of gently clasped hands carries immense weight in religious connotation.

The Power of Prayer

Dear God, It's Me