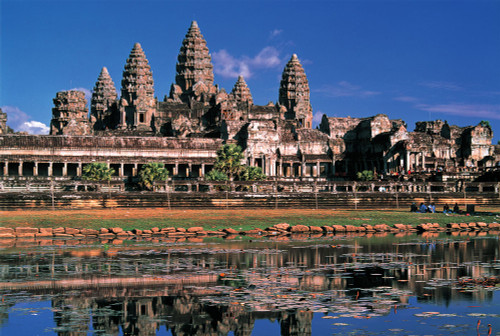 In Stock
Serious Item Code: 22507  Mfr Code: 100-131  Brand: Tomax Season: Theme: Photography Churches & Temples Asia Event: Type: Difficulty: Advanced  Finished Size: 19.7'' x 29.5''
Now the largest religious monument in the world, Angkor Wat is a magnificent stone temple complex with an even more impressive history. It began as the largest Hindue temple before becoming a Buddhist temple during the late 13th century.
Brightly lit by sunlight, this staggering piece of history and architecture is is captured in a crisp photograph.