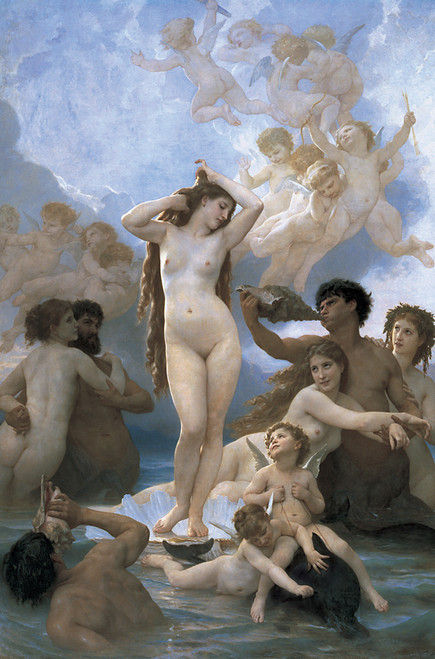 The title is a bit of a misnomer, as Bougereau's painting doesn't purport depict Venus' birth but rather her emergence from the shell that transported her from the sea to Paphos in Cyprus.

The Birth Of Venus

The Birth of Venus

The Birth of Venus

The Creation Of Adam

The Birth Of Venus