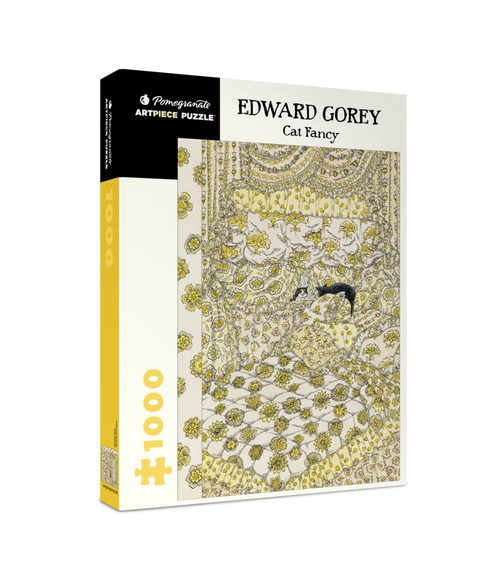 In Stock
Serious Item Code: 67748  Mfr Code: AA1068  Brand: Pomegranate Season: Theme: Gorey Cats Event: Type: Difficulty: Advanced  Finished Size: 20'' x 27''
Cat Fancy Edward Gorey had a fondness for cats. One can only imagine what’s happening in Cat Fancy. Is a cat outside looking in the window at the pampered feline? Is the kitty on the bed seeing itself in a mirror? Gorey’s artwork proved him to be a master of the amusing, the strange, and the unexpected. This intricate crosshatched drawing makes this 1000-piece jigsaw puzzle a headscratcher!