Luncheon on the Grass - 1000pc Jigsaw Puzzle By Tomax 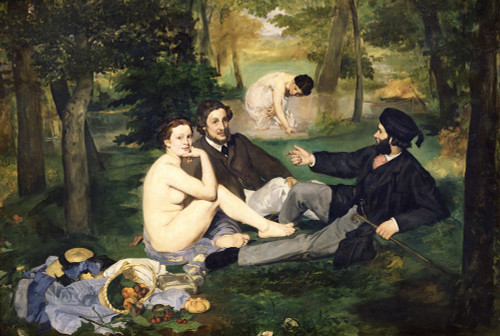 Luncheon on the Grass - 1000pc Jigsaw Puzzle By Tomax

In the artist's native French, this painting is known as Le Déjeuner sur l'herbe, or Le Bain (The Bath) as it was originally titled, and was incredibly controversial in its time because of the casual inclusion of nudity and the artist's choice to publicly exhibit the work.

Bar at the Folies Bergere