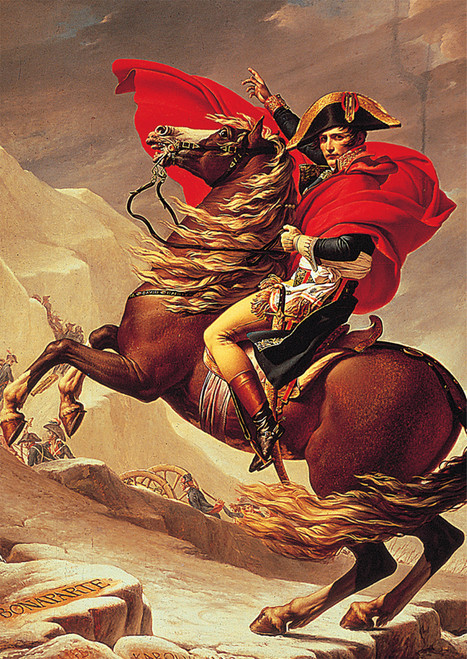 From a series of 5 paintings, this image shows Napoleon leading his army through the Alps to take back Italy from the Austrians. The successful campaign helped France and Spain to rebuild their international relations, and it was actually the King of Spain (less than 5 years later) who commissioned the work.

The Coronation of Napoleon