The Coronation Of Napoleon - 1000pc Jigsaw Puzzle by Tomax 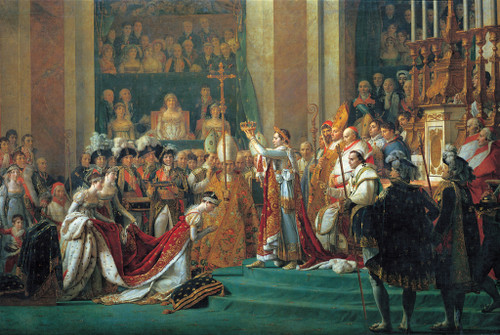 The Coronation Of Napoleon - 1000pc Jigsaw Puzzle by Tomax

The Coronation of Napoleon (French: Le Sacre de Napoléon) is a painting completed in 1807 by Jacques-Louis David, the official painter of Napoleon. The painting has imposing dimensions, as it is almost ten metres wide by approximately six metres tall. The crowning and the coronation took place at Notre-Dame de Paris, a way for Napoleon to make it clear that he was a son of the Revolution. Finished puzzle 19.7"x29.5".

Coronation of the Alps

The Coronation of Napoleon

The Creation Of Adam

Reply of the Cossacks