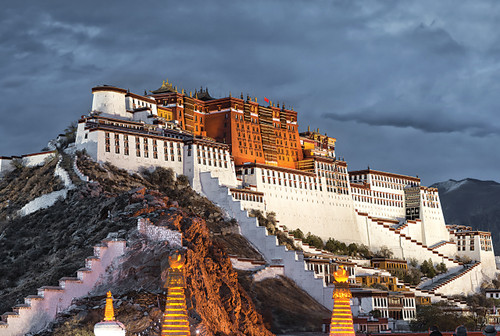 In Stock
Serious Item Code: 58576  Mfr Code: 100-207  Brand: Tomax Season: Theme: City & Place Monuments & Buildings Event: Type: Difficulty: Advanced  Finished Size: 29.5'' x 20''
The Potala Palace is a dzong fortress in the Lhasa, Tibet, China. It was the winter palace of the Dalai Lamas from 1649 to 1959, has been a museum since then, and has been a World Heritage Site since 1994. The palace is named after Mount Potalaka, the mythical abode of the bodhisattva Avalokiteœvara. 1,000 piece jigsaw puzzle.

The Great Wall Of China